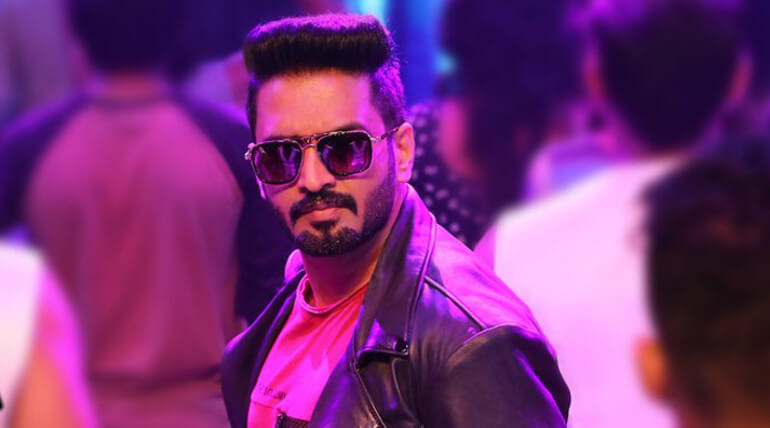 Santhanam at Sakka Podu Podu Raja press meet today told he is not competing with Sivakarthikeyan and if so it will be a healthy one. Vijay TV Products Santhanam and Sivakarthikeyan's movies are set for clash on Dec 22nd during Christmas week end. Both the stars had reached these amazing heights with their untiring hard works and astounding talents.

Santhanam starring comedy action drama Sakka Podu Podu Raja and Sivakarthikeyan's Velaikkaran will be released on same date. After Dhilluku Dhuddu success Santhanam became a full time hero. His several movies are queuing up for release. STR tuned music album for this project will be unveiled by Dhanush tomorrow at audio launch event.

STR will be opening his mind about the controversies around him in this event. Meantime STR had also confirmed that he is in Manirathnam's upcoming multi-starer project. Simbu is expected to reveal his side on the complaint of AAA producer and red card issued by Nadigar Sangam on him.