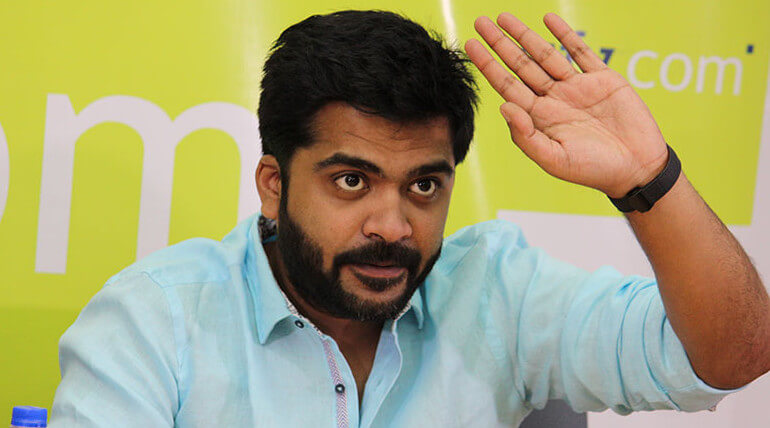 The multi-talented actor Simbu turned as music director for feature film Santhanam starring comedy action drama Sakka Podu Podu Raja. As per the sources, Simbu will be opening his heart at the audio launch event tomorrow on Dec 6th. Simbu is expected to deliver delightful speech and hope it will be high light of the event.

Simbu confirmed in the press meet today that he is going to speak his mind about all the controversies going around him. We can expect his fans to attend the event in full force. He will also talk to his fans in the event. He also confirms still being a part of the Mani Ratnam film in 2018. Dhanush will be chief guest of the event and will unveil the audio tomorrow.

The movie is censored with U/A and is ready to hit screens on Dec 22nd. Producer of this film VTV Ganesh said there is no delay from his side. He had delivered 5 tunes in 10 days and gave whole album in a month.

Stay tuned in this space for more updates.