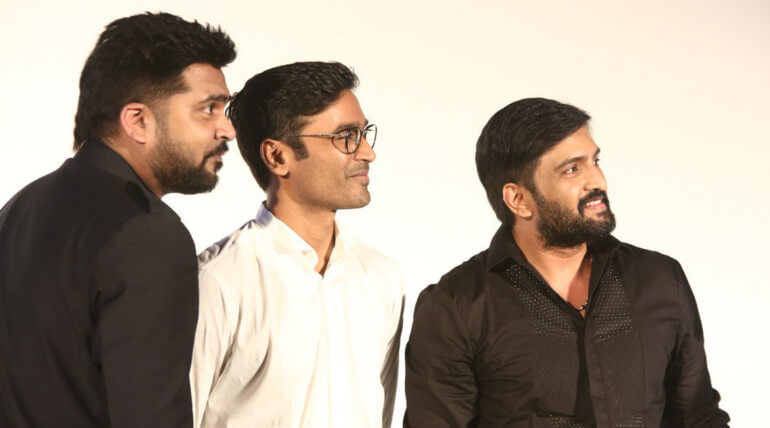 STR welcomed Dhanush on stage and hugged him. It was great moment for their fans. The gesture of both star delighted their fans gathered at the event.

The music director Simbu addressed the event by explaining his friendship with Dhanush starting from 'Kaadhal Kondein' movie. Simbu had seen this movie's FDFS alone with Dhanush in the theatre.

When coming to the controversies around him, he said "I had also done mistakes. I agree with it. I know what mistakes I have done and I bow my head in this stage if I had hurt somebody. AAA producer may had complaint when the movie is on shoot or after the release. But I do not know why they have filed complaint now.

I called Manirathnam sir and shared this issue. He said You are doing this role in the film. He has confident on me and I don't know about the reason of his confidence. Shooting will commence from Dec 20th."