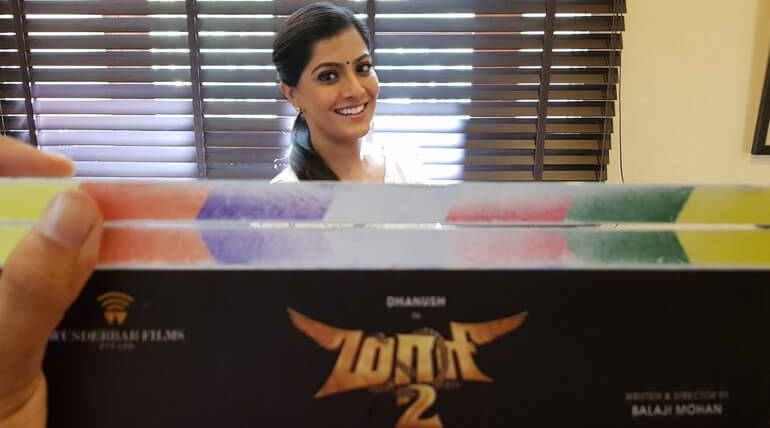 Balaji Mohan directing Maari sequel is in brisk pace. The team is aiming to complete the movie quickly as Dhanush is ready to start his 2nd directorial venture.

One of the leads, Varalaxmi Sarathkumar joined the set today and started rolling on for Maari 2. Dhanush and Kajal Aggarwal starrer Maari which was released in 2016 had been a medium hit. Dhanush's action, style that had coincided with mass background score of Anirudh had made the movie successful.

It was a simple gangster drama where director created an interesting screenplay. The sequel has more star casts including Sai Pallavi, Krishna, Varalaxmi, Tovino Thomas, Robo Shankar and others. 'Tharai Thappatai' actress is said to be playing the grey-shade role.

The actress had recently performed well in Sathya and Vikram Vedha. She had been roped to play a baddie role in Lingusamy directing and Vishal starring Sandakozhi 2 where Keerthy Suresh is doing female lead.

Following it, Maari 2 team also roped the actress for a strong role. The director earlier said her role will be strong and crucial. Yuvan Shankar Raja is scoring music for this sequel instead of Anirudh. Om Prakash is cranking camera, Prasanna GK is editing and Silva taking care of stunts.