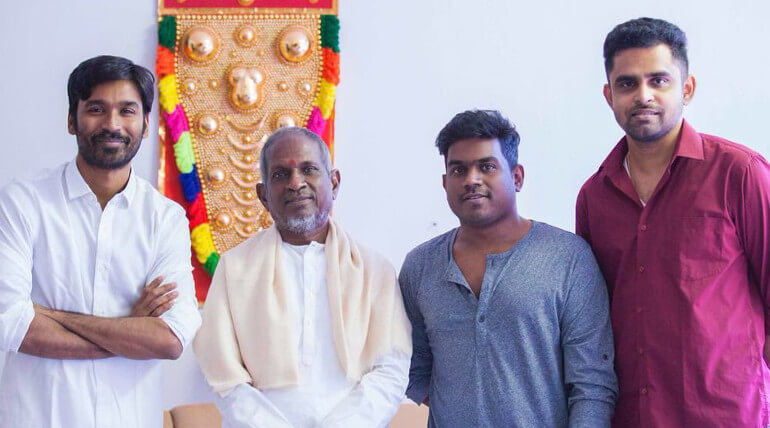 Balaji Mohan, who had director Dhanush featuring 2015 mass hit Maari is set to direct its sequel again featuring Dhanush. This time the heroine is Sai Pallavi instead of Kajal Aggarwal of the first instalment. Krishna is roped to play the second lead in the film while Robo Shankar will be retained as the side kick of hero.

The movie started to roll on from today and it is reportedly in Tenkasi. Dhanush, Yuvan and director Balaji Mohan still be maestro Ilaiyaraja is spreading on the net. Aramm cinematographer Om Prakash is roped for this project. Mollywood actor Tovino Thomas is doing an important role in it.

The official title logo was revealed by the team few weeks before and Varalaxmi Sarathkumar will be seen in solid pivotal role in this mass gangster drama.

'Maari' star is also ready to direct his second venture which will be bankrolled by Thenandal Studios. He will start this project once he completes Maari 2. Meanwhile he his waiting for Gautham Menon's Enai Noki Paayum Thota and Vetri Maaran's trilogy gangster movie Vada Chennai release this year which are in post production works.