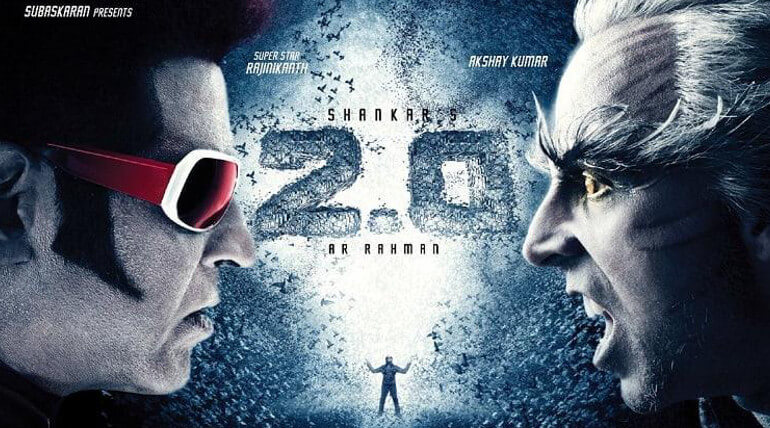 Rajinikanth in a recent meet with media persons said soon there will be clarity on the release date of 2 Point 0 in one or two days. The VFX works which are pending is going on in full swing says the actor. The team is eyeing to release the movie as per plans on 27th April.

When media asked about on working with Kamal Haasan in politics he replied only time will tell that. It was rumoured that Kaala will be releasing on April during Tamil New Year. Dhanush producing Kaala release date will be clarified once there is official clarification about 2 point 0 is made.

Lyca Productions is bankrolling 2 Point 0 in about Rs 450 crores. It is Shankar's magnum opus project that has AR Rahman music and features Rajinikanth, Akshay Kumar and Amy Jackson in leads. It is a sci-fi thriller that portrays superstar as robot and Akshay Kumar as scientist.

Kaala is the medium budget movie directed by Pa Ranjith where superstar will be seen as a slum area powerful gangster. The movie also features huge star casts including Eswari Rai, Huma Qureshi as Zareena, Nana Patekar as a politician, Anjali Patil, Samuthirakani as Vanthu, Sukanya, Aravind Akash, and others in key roles. It has 'Kabali' composer Santhosh Narayanan's music.