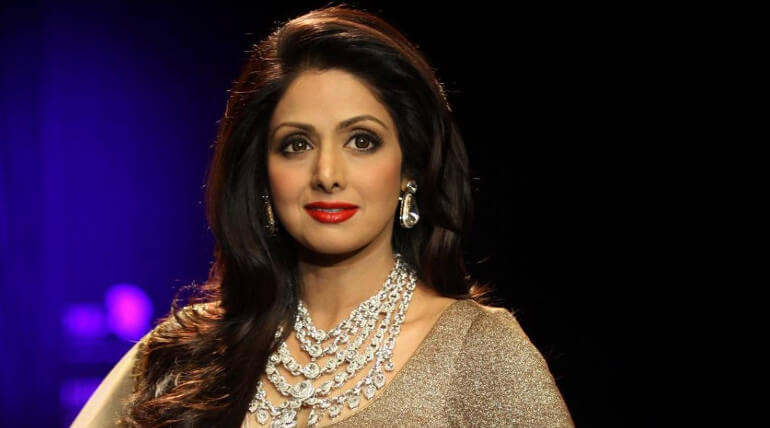 The life story of actress Sridevi is currently being shot as a documentary by her fan club in Bangalore. They have recently quick stared the long planned documentary. Actress Sridevi and her husband Boney Kapoor have been given permission. The film is said to have five parts and the team planned to release this documentary film in Tamil, Telugu and Hindi languages.

Actors Rajinikanth, Kamal Haasan, Chiranjeevi, Amitabh Bachchan, Mammootty, Amrishash and all the actors and actress including Sridevi will have special appearance in this. The film will also has an interview with the directors, technicians who worked in the actress films and also with and Sridevi's family members.

To mark her 50 years of her film career, her fans are interested to make a documentary series based on the 53-year-old actress Sridevi's achievements, the awards and the family.

At the age of 4, Sridevi made her debut as a child artist in 'Thunaivan' directed by MA Thirumuruga. Later he became the lead heroine at the age of 13 in legendary director K Balachander directed Moondru Mudichu. She had shared screen space opposite lead actors like Sivaji Ganesan, Rajinikanth and Kamal Haasan in several movies.

He has worked in several languages and given hits as 16 years old star including Gayathri, 16 Vayathinile, Solva Sawan, Priya, Sigappu Rojakkal. After giving several hits in all hoods, she had quit her acting after marrying Boney Kapoor in 1996. She made a comeback after 15 years of gap in super hit English Vinglish. The couple has two daughters Jhanvi and Khushi.