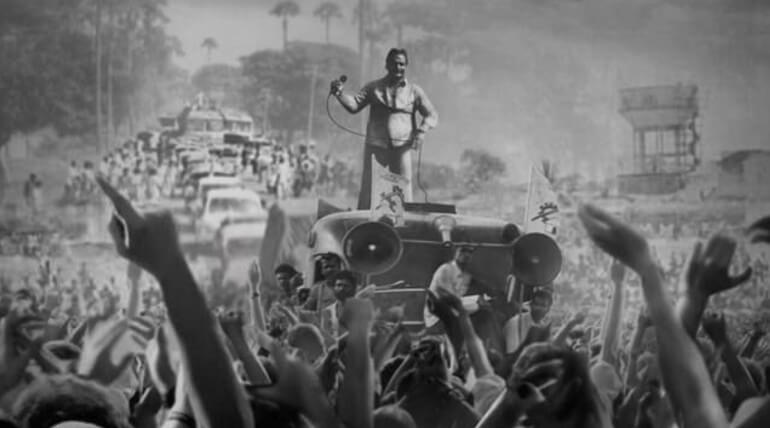 The veteran actor Nandamuri Balakrishna is set to play the legend NTR's role for NTR biopic that will be produced by Balakrishna, Vishnu Induri and Sai Korrapati while it will be directed by 'Nene Raju Nenu Mantri' fame Teja. The first looks of the movie was released with the announcement of the movie and its first look teaser is expected soon.

The legendary iconic actor and former Chief Minister of Andhra Pradesh NTR's role is said to be a challenging for his son and actor Bala Krishna though it is his 103th film in his career. MM Keeravani will be scoring music for this project.

The title logo of NTR biopic was released on Wednesday on occasion of his death anniversary. The first look poster shows Nandamuri Taraka Rama Rao is in election campaign surrounded by people.

Meantime film maker Ram Gopal Varma also announced about NTR biopic in his direction. The director RGV's biopic is said to be from the view point of Lakshmi Parvathi, NTR's second wife. The first look has been released and it gets title Lakshmi's NTR.

The cast and crew details of Balakrishna's NTR biopic are yet to be announced. The special teaser was already canned by the director and makers are working on it. The makers planned to can the important life incidents of the legend and eyeing to release the movie next year. 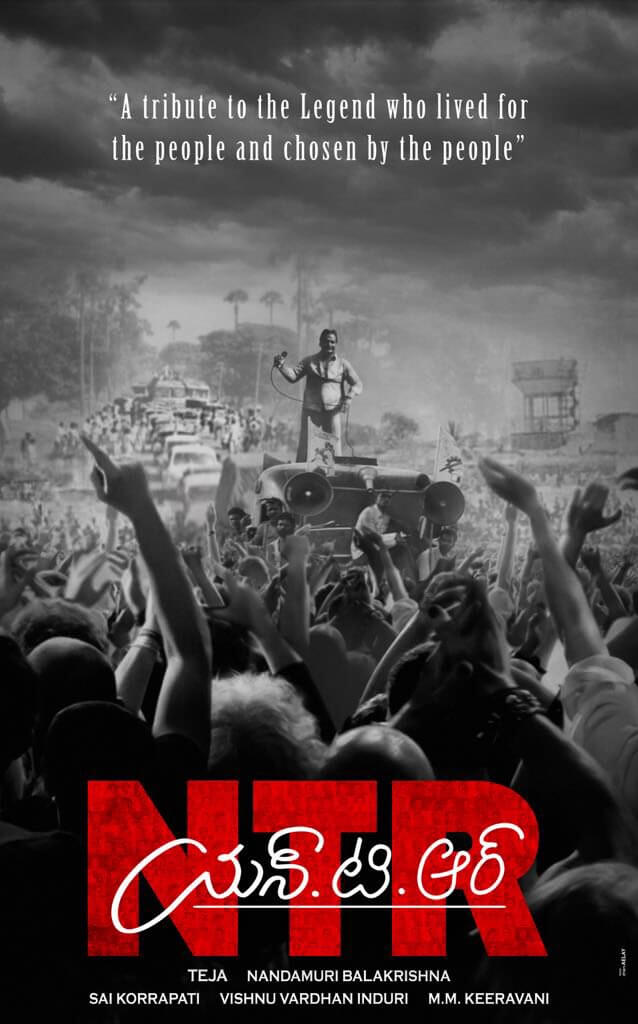