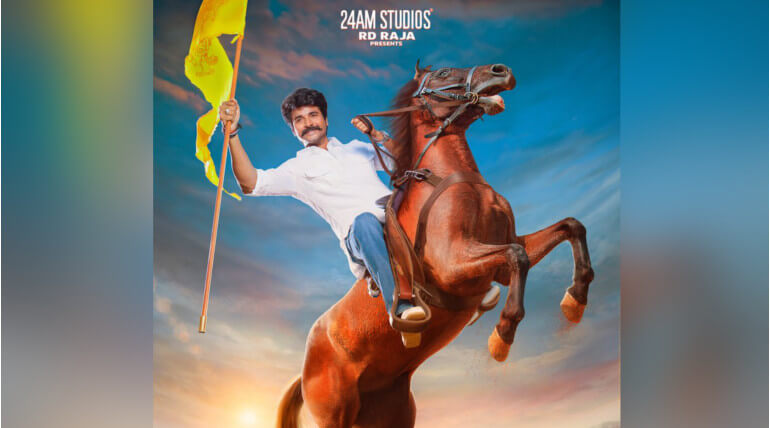 Sivakarthikeyan upcoming movie with director Ponram is titled as Seema Raja and its first look was released at the midnight on the occasion of the star's birthday. Sivakarthiekeyan stunts with the first look posing on the horse with yellow flag in his hand.

The movie marks actor's 12th movie which is set to be a rural entertainer. VVS and Rajinimurugan combo is back to rock once again. Soori is also their to rock with Sivakartikeyan. Samantha is pairing with Siva in this flick for the first time.

The movie is slated as Vinayakar Chadhurthi 2018 release worldwide. 24AM Studios is producing it which marks their 3rd venture after block buster Remo and Velaikkaran. They again set to bankrolled 4th movie with Siva for Ravikumar directing sci-fi thriller and planned to create it in the high budget.