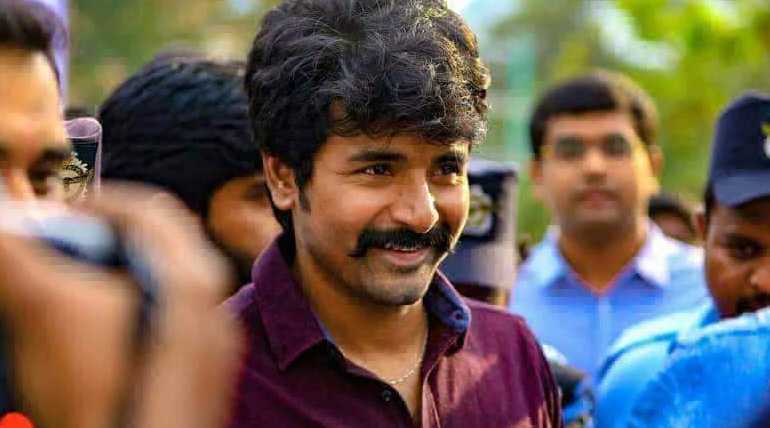 Sivakarthikeyan after the block buster hit of Velaikkaran is working for Varuthapadadha Valibar Sangam director Ponram's untitled rural entertainer. It is actor's 12th film in his career and marks his 3rd film with director after VVS and Rajini Murugan.

'Marina' actor has risen consistently to a top level with his talent and hard work. His movies had earned good box-office collections for the theatres, distributors and producers. He is developing as one of the top heroes in Kollywood. His film has the demand over the market and been considered as the one of the most anticipated movies for the theatre owners and family audience.

SK12 has Samantha Akkineni pairing with Siva, Soori as a comedian and D Imman's music. The same VVS and Rajini Murgan combo is again to rock except the heroines. The team planned for 2018 Diwali release earlier but biggies like Suriya 36, Vijay 62 had locked the date. Ajith's Viswasam also is expected for Diwali this year as per their plans.

Meantime Siva next SK 13 is confirmed as a sci-fi with Indru Netru Naallai director Ravi Kumar. It is touted to be based on technologies with strong content driven. It is again to be produced by 24AM Studios and they managed to bring 'Isai Puyal' AR Rahman onboard for music. Siva had tweeted it is one of his biggest dreams to work under ARR music.

The team had confirmed that movie as 2019 release. The official information about cast and crew is expected in the middle of the year.

After SK 13, Siva plans to team up with NRD and TSK director Vignesh Shivn. We hear Thaana Serndha Kootam director has started working on the script for Siva.