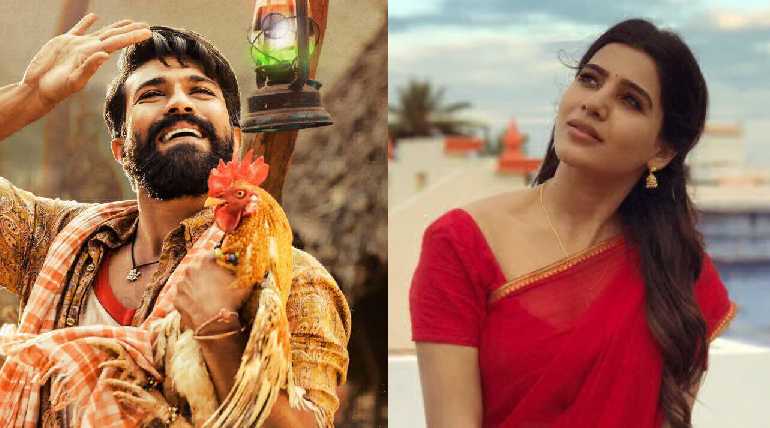 Ram Charan and Samantha Akkineni starring period drama Rangasthalam being directed by Sukumar has been wrapped up yesterday. Samantha who has lined up with movies called this movie as her special journey and shared this info on her twitter handle.

"And it’s a wrap!! #Rangasthalam Been a special journey with the most special team, they shine from within just as much as their Star tags #RamCharan @aryasukku @MythriOfficial . Can’t wait for the Big Bang," Samantha tweeted.

The much anticipated Tollywood movie of the year had entered post production works. The teaser of the film that was released recently earned wonderful responses.

The audiences are waiting for the Devi Sri Prasad songs for the film. This village action thriller has Ram Charan as deaf villager Chitti Babu and Samantha as Ratna Prabha. Aadhi Pinisetty, Prakash Raj, Jagapati Babu and Gauthami are playing crucial roles in it. Enthiran cinematographer Rathnavelu is cranking camera and produced by Mythri Movie Makers.

The film is set at the period of 1985 which is filmed at the Godaveri belt. The makers earlier confirmed that movie will hit theatres on March 30th.