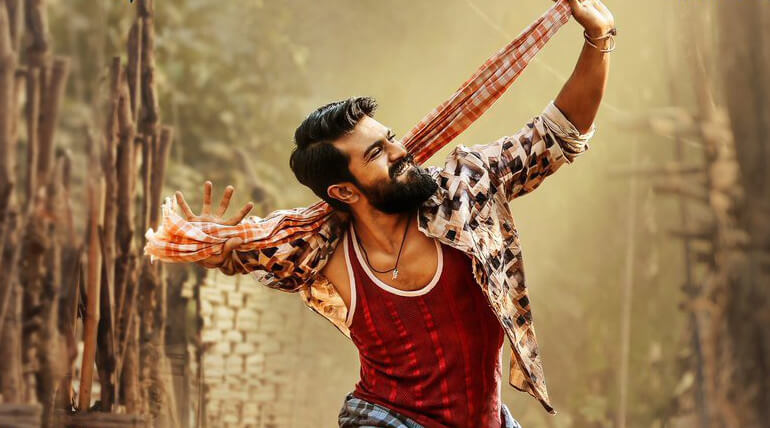 Ram Charan and Samantha starring Rangasthalam, telugu period drama first look was released few hours before. The first look unveiled the new look of the actor and the release date of the film. Directed by Sukumar, the movie is slated as 30th March 2018 release worldwide.

Ram Charan as Chitti Babu is in dancing style in happy mood. The film is set on the backdrop of 1985 and the shooting is commencing on full swing at River at Godaveri belt. It is expected to get wrapped on January 2018.

Chiranjeevi and SS Rajamouli recently visited the sets and happy after seeing the raw version of the film. It is bankrolled by Mythri Movie Makers and has Devi Sri Prasad music. Jagapati Babu, Aadhi Pinisetty, Gauthami, Pooja Hegde (Special appearance in a song) and others are part of the film.

Meantime some stills of the film are surfacing around the net. Samantha look as village girl seems good. 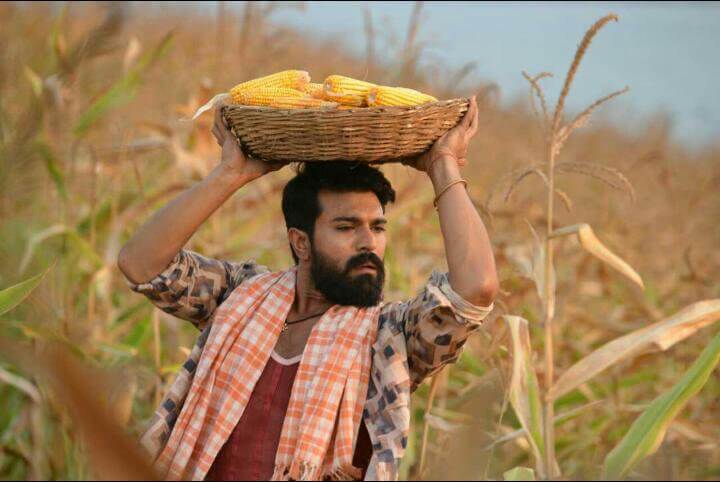 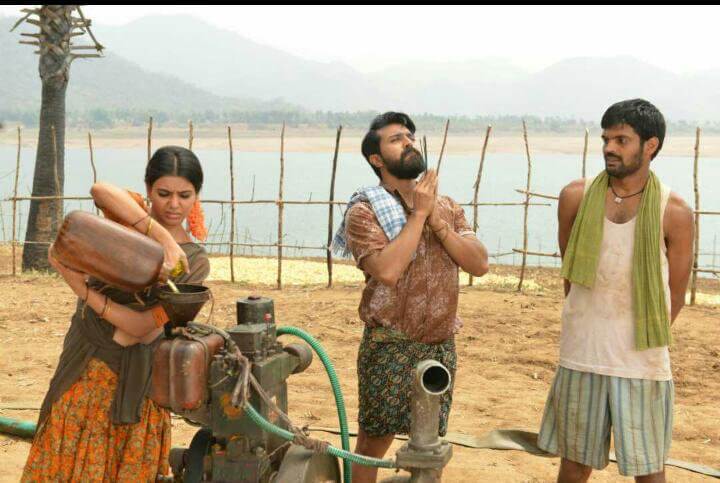