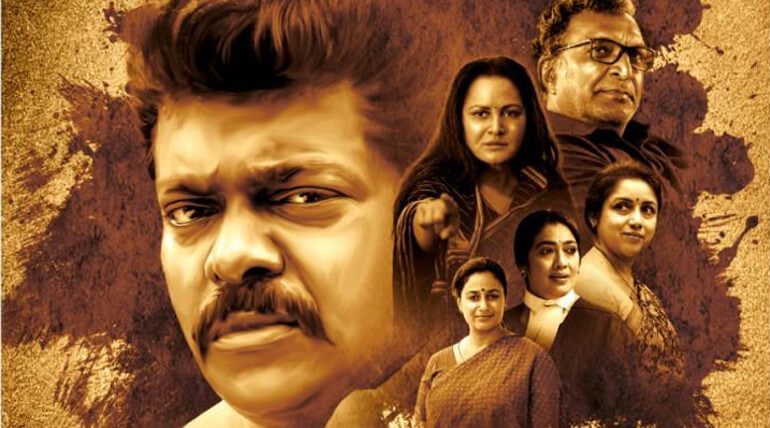 The much acclaimed actor and director Parthiban is coming up with the movie Keni which talks about the water issues between the states Tamil Nadu and Kerala. Directed by M.A. Nishad, the film has been created in both Malayalam and Tamil languages.Pasupathy had reprised Parthiban's role in Malayalam.

Mollywood musician M Jayachandran had scored for this project. The core plot happens in period of 1956 when Kerala was separated from Tamil Nadu. There was quarrel for water between the people when the well goes to Kerala state and they rejected to give water.

It is also a comeback movie of actress Jayaprada after a decade. She was last seen in Kamal Haasan's Dasavatharam. The veteran actress Rekha was last seen Muthuramalingam and En Aaloda Seruppa Kaanom as the mother of lead character. Revathi had released got appreciation for Dhanush directed Power Paandi. Anu Haasan worked in 2017 released Valla Desam that also had Nassar in pivotal role.