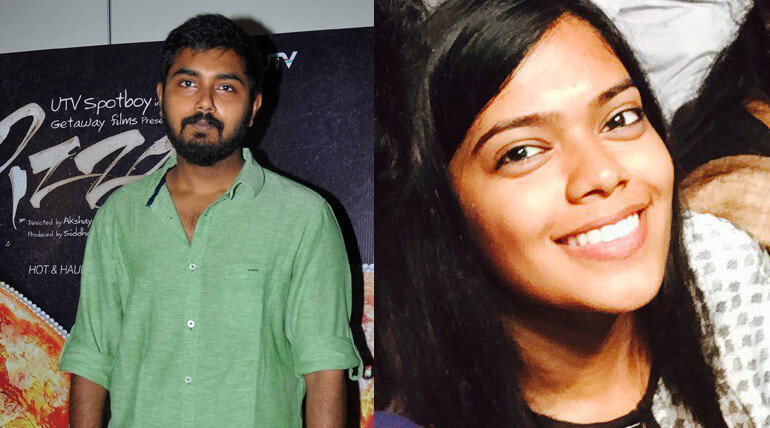 Actor and director Parthiban's daughter Keerthana Parthiban marriage buzz is speculating on the Internet. Keerthana who appeared as a child artist in Manirathnam's Kannathil Muttamuttal has become a grown girl. Parthiban arranged marriage for her and she could be getting married on March 8th, 2018.

Meantime, the secret of Parthiban's son-in-law was maintained for sometime but now it was revealed. He is said to be famous editor Sreekar Prasad son Akshay Akkineni who had directed Karthik Subbaraj's much acclaimed super hit Pizza Hindi remake.

Keerthana had won National Award for her performance as child artist in Kannathil Muttamuttal released in 2002. She essayed the character as Amutha which was critically acclaimed and attracted audience. Her character in the film is evergreen and unforgettable for the film audience. She had recently worked as assistant director for Manirathnam's Kaatru Veliyidai.

Parthiban is recently posting his stills with the legendary artists and popular stars like Vijay, Ilaiyaraja, AR Rahman, Sivakumar, Rajinikanth, Kamal Haasan and others. He had posted his unique style of poem with those stills.