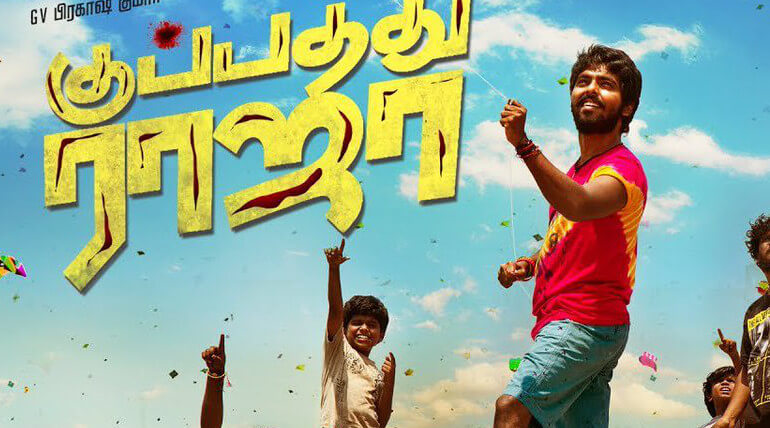 GV Prakash and Parthiepan starring Kuppathu Raja Teaser was released last night and it gets appreciation from celebrities and trended on the net. GVP gets the title of 1979 Rajinikanth's block buster hit movie title. The teaser shows the the movie as the comedy action entertainer directed by Baba Bhaskar, cinematography by Mahesh Muthuswami and edited by Praveen KL.

Prakash Kumar scored music and it is produced by S Focuss. It also has Palak Lalwani, Poonam Bajwa, M. S. Bhaskar and Yogi Babu in key roles. Baba Bhaskar, a choreographer turns director through this film. Poonam Bajwa will be playing the role of Anglo-India.

Parthiepan is seen as the die-ard fan of MG Ramachandran, also wearing his style code white cap and doing his style too. GV Prakash as a rural guy rocks in the teaser and hope the film satisfy the audience expectations.

Here are some celebrities' tweets over the teaser.

Here is the exciting teaser of #KuppathuRaja Directed by one of the best dance masters I've worked with #BabaBhaskar
Congrats to @gvprakash and the entire team!!!https://t.co/qhV0UGDaOb