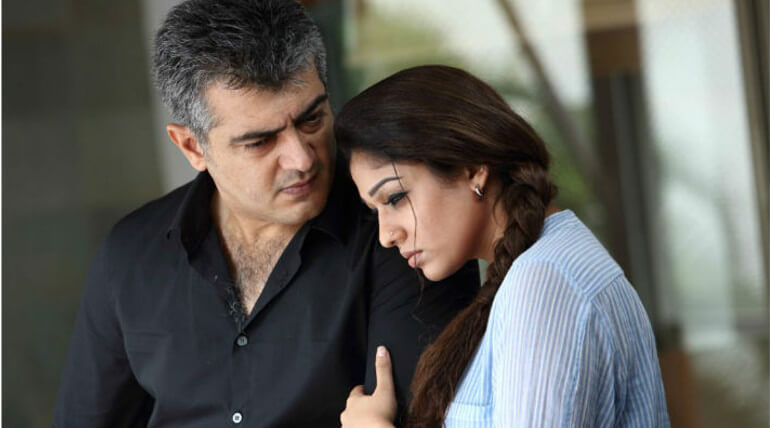 The much awaited updates from Viswasam team had waved Internet now. The lady superstar Nayanthara is roped for the project pairing with Thala Ajith. It is an official word from Ajith's manager popular PRO Suresh Chandra in his twitter handle.

The movie marks Nayan's 4th movie with Thala. After the block buster hits of Billa, Aegan and Arrambam, Nayanthara and Ajith is set to pair onscreen again.

Meantime, 'Aramm' actress is set to do a content driven film again for KJR Studios who produced 'Aramm' and Gulaebaghavali. This was also officially announced today by the team.

It is also director 'Siruthai' Siva 4th consecutive project with Ajith Kumar after Veeram, Vedalam, and Vivegam. Aniruth is said to be scoring for Thala again and it should be confirmed by makers. The rest of casts and technicians announcement is much awaited by fans.

The team is getting ready to start the shoot from this month end most probably from Feb 22nd. The plot is said to be based on North Chennai and the team had worked on the script for about 3 months. The makers are eyeing to release the movie as treat of Diwali 2018.