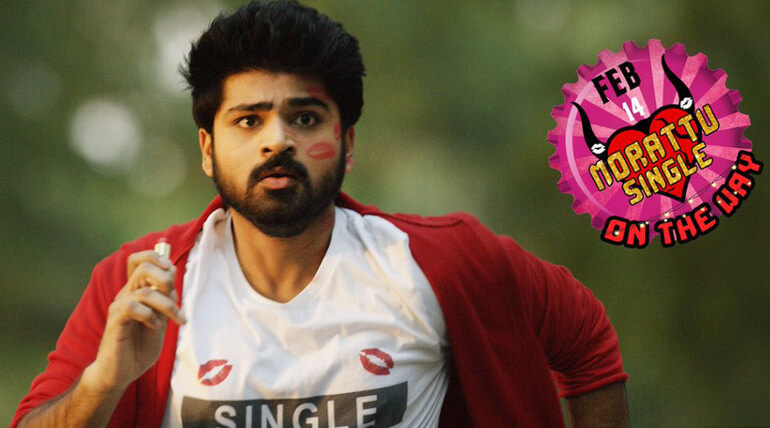 GV Prakash is to launch 'Metro' Shirish starring Morattu Single title teaser as Velantine's Day special on Feb 14th at 6 pm. The team is promoting the Morattu Single with the tag line "valentines day is not only for couples, It's also for singles".

It is an upcoming movie of Shirish. The first look poster shows he will be having tough time with ladies in the film. The casts and crew details of the film are yet to be announced and it is expected tomorrow with title teaser. The team selected 'Virgin Paiyan' GV Prakash who will be apt to release the title teaser named 'Morattu Single'.

He had also signed for new village based entertainer Pistha with director Ramesh Bharati (editor of Metro). Malayalam actress Mrudula Murali and Saithan fame Arundati Nair were roped for this project.