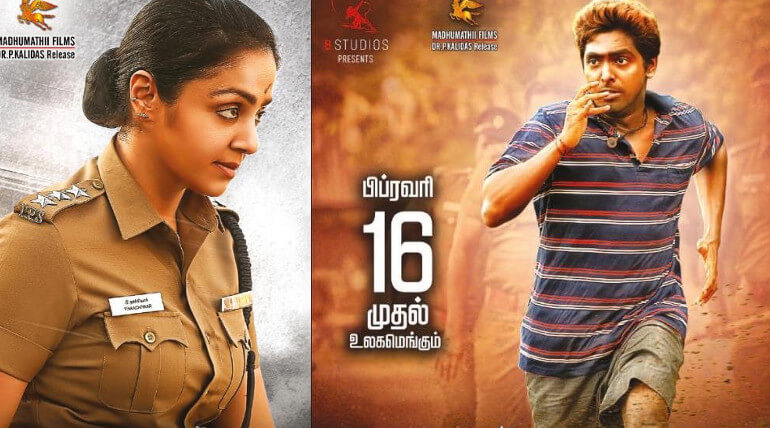 'Magalir Mattum' actress Jyothika had shared her work experience and talks about GV Prakash in her recent interview. Jyothika and GVP starring Naachiyaar is set to hit theatres on Feb 16th worldwide. She praised about GVP's maturity level and sincerity at his work.

She said "The movie will show how mature actor GV is and it will take him to the another level. He is very honest and it will be his next level of acting. We have met at the movie launch function. He me and wished me. This is rare to see this type of action from this generation actors."

GV Prakash has done the character of a slum area innocent boy named Kaathu. He told this character is completely different from Bala's Pithamagan character Sithan.

Jyotika is donning the police officer role as Naachiyaar. The movie is a crime thriller and said to be based on the story of real life psycho killer.

Ilayaraja's music is the most awaited part of the movie. His BGM for trailer rocked and added soul to the trailer. The film is produced by Bala under the banner B Studios. The film has Eashwar cinematography, Sathish Suriya editing, and producer Rockline Venkatesh in key role