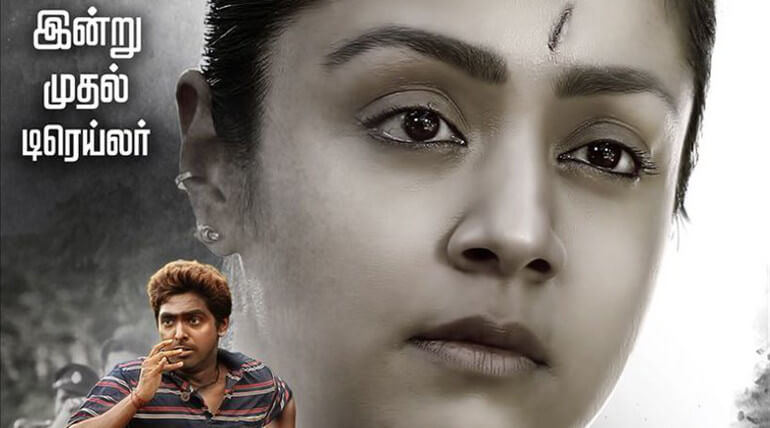 Bala's highly anticipated Naachiyaar that features Jyothika and GV Prakash Kumar is coming up with trailer today evening. The trailer will be launched today at Vikatan Awards. 'Maestro' Ilaiyarajaa had scored music for his drama.

The movie had been slated for 9th February release which is produced by Bala under his home banner B Studios and TN theatrical rights are bagged by Dr. Kalidas.

It is believed Jyothika and GVP has the strong striking characters. Jyo essays title role as Naachiyar while GV dons the role of typical Bala's rural guy named Kaathu.

Producer Rockline Venkatesh is playing the pivotal role in the film. He had seen as the actor in some of the Indian movies including recently released Ram Gopal Varma's Killing Veerappan.

Jyo, who delivers performance brilliantly, is expected to have defining role as cop. Gautham Menon had portrayed her loveliness, beauty in Khaaka Khaaka while Radha Mohan's Mozhi showed her another skill. After a long gap, again she proved her acting skill in 36 Vayathiniley.

The teaser of the film received massive responses from audience and songs have sneak peek expectations. Isaignani, right from Bala's debut movie Sethu, had teamed up with him for almost all his movies expect Avan Ivan and Paradesi.