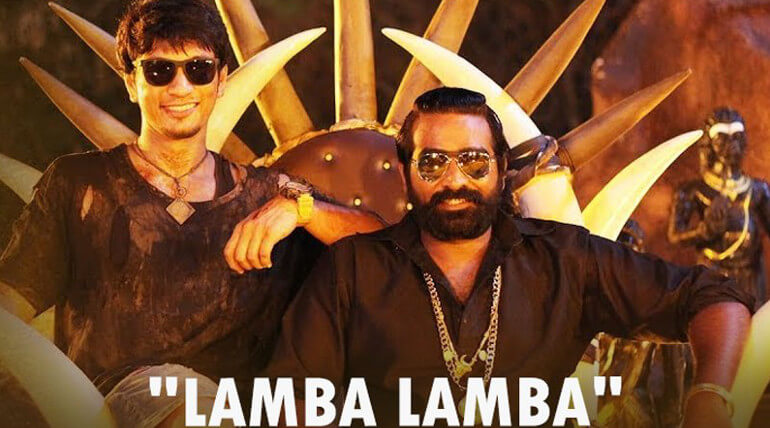 It had now been trend of releasing video song from the movie prior to its release. This method is followed by Bollywood movies as a promo to attract the audience and now the trend had hit Kollywood too.

Justin Prabhakaran of Oru Naal Koothu fame had score music. The lyrical video of all songs was earlier released and received well. 'Lamba Lamba' song lyric are penned by Karthick Netha and was crooned by Christopher Stanley and Femcee Nicki Ziee G (Rap).

Vijay Sethupathi is seen in different getups in the song and it ensures as a fun ride. Directed by Arumuga Kumar, the movie has Gautham Karthik as second lead while Niharika Konidela, Gayathrie and Ramesh Thilak are in key roles.