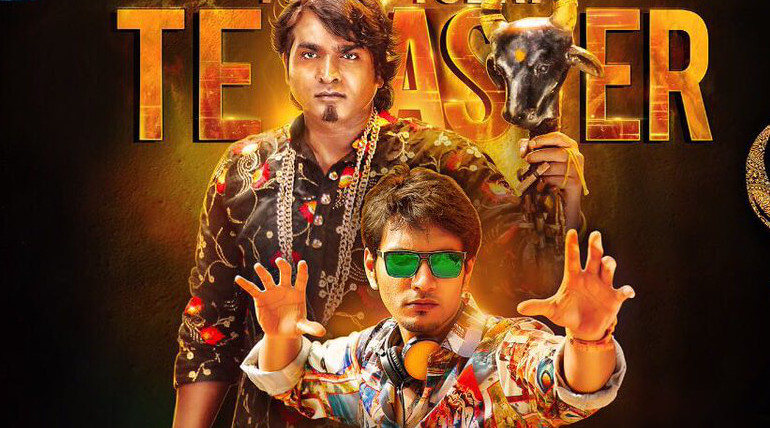 The teaser of Oru Nalla Naal Parthu Solren takes the audience to the world of tribe where Vijay Sethupathi is the head of the tribe people. He rocks in the unique getup as the tribe head. The dialogue that Sethupathi speaks shook the entire nation. It is about the Lord Rama and Ravana. He asks who is good among Rama and Ravana and finally he says both Rama and Ravana are in him. The actor seems to be hero as well as villain in the dark comedy drama.

The dialogue starts with "Ravana abducted Sita and keeps her un touching till the end, we call him Rakshasa (monster) while Rama suspected Sita and made her to set fire and we call him as lord. Who is bad among them?"

Written and directed by Arumuga Swamy, Vijay Sethupathi dons different getups. Gautham Karthik as a second lead gets the chance to prove himself. Megastar Chiranjeevi niece Niharika plays the female lead in it. Naduvula Konjam Pakkatha Kaanom heroine Gayathrie pairs with Sethupathi again after Mellisai and Ramesh Thilak is seen in pivotal role. Justin Prabhakaran background score is good at teaser and hope he had given his best for the film.