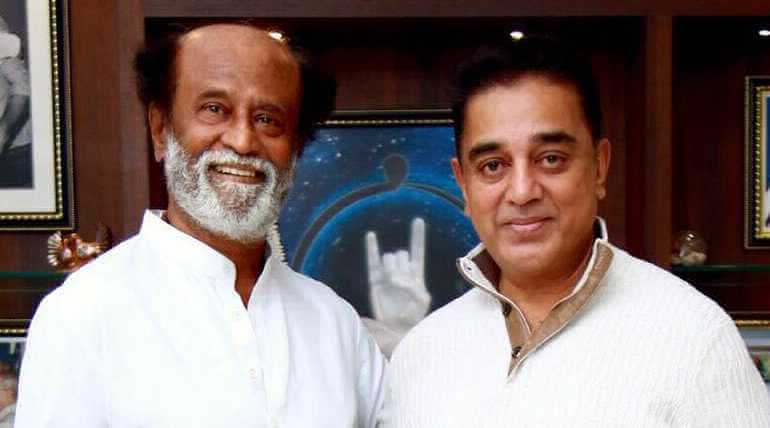 As a surprise visit Kamal Haasan meets Rajinikanth in his residence at Poes Garden. After meeting Rajinikanth, Kamal Haasan to the media said it was just the courtesy call and not a political meeting. He informed Rajinikanth about his political tour across the state and got wishes from his dear friend.

When asked about his alliance with the Rajinikanth, he told "only time will tell". Kamal Haasan had invited Rajinikanth for the launch of his political party.

Rajinikanth said to the press though their goals are same to work for the welfare of the people but their working way will be different. He also added my path and Kamal path is different as all knows we have different paths in cinema.

Haasan had launched his website naalainamadhe.maiam.com to make the people blow whistle about the issues. He will be launching his party on Feb 21st and begins his tour from Ramanathapuram. Haasan plans to interact with the people and know their opinion and issues they are facing.

Meantime, Rajinikanth had talked about the politics in the fans meet on the end of Dec 2017. He told his fans to get ready for battle. Both superstars are entering into politics at the same time. It is speculated that Rajinikanth party announcement may soon be a headline. 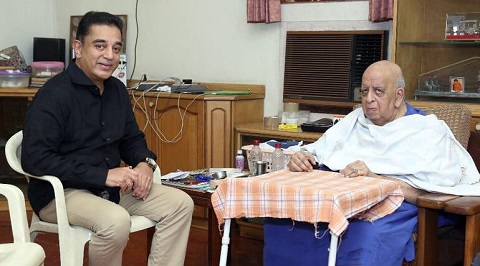