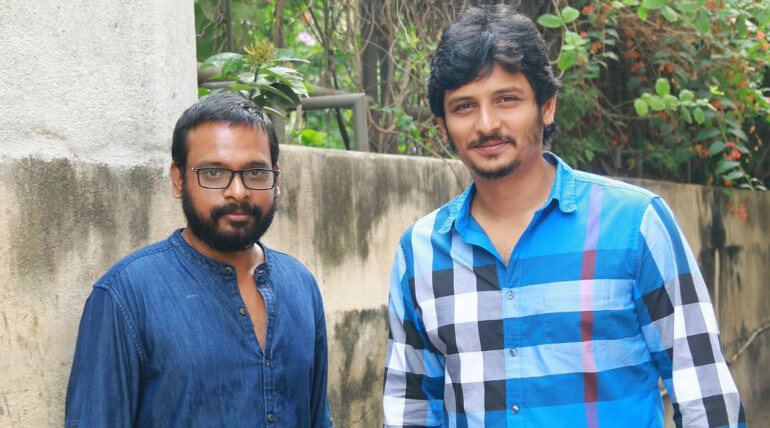 Jiiva's new movie with director Raju Murugan had been commenced on floor with simple pooja yesterday. The film popular directors like Pa Ranjith, H Vinoth, Bramma and Aruvi producer SR Prabhu have graced the event. The film was titled Gypsy and to be produced by Olympica Movies.

The talented composer Santhosh Narayanan is roped for music, Raymond Derrick Crasta who worked for Aruvi is onboard for editing works, Selvakumar of Maanagaram fame is handling camera, and Balachander takes care of art direction. The makers are gearing up to finalize the heroine and other casts for the movie.

He had written the book titled Jipsy that was published by Vikatan. His other works include Vatiyum Muthalum and Ondru.

Jiiva on the other hand is busy with Gorilla with director Don Sandy. His sci-fi action thriller Kee is ready for release after his recent out Kalakalappu 2 which earned mixed responses. The actor had also signed a project with 'Mapla Singam' director Rajasekhar. The shooting of this untitled project is expected to start on next month where Yuvan is roped for music.