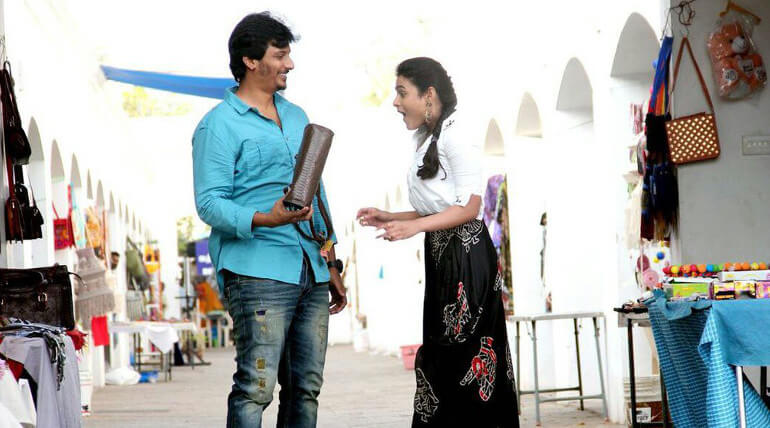 Jiiva and Shalini Pandey starring Gorilla movie's first schedule has been completed yesterday in Puducherry. The team had planned their next schedule at Thailand. The team is set to shoot with real chimpanzee at Thailand for a month long schedule.

Jiiva will be seen as the madras slang speaking guy. It is Jiiva comfort zone and which can be handled by actor with ease. The movie marks 'Arjun Reddy' fame Shalini Pandey's 2nd Tamil movie after 100 percent Kadhal with GV Prakash.

Directed by Don Sandy, the shoot was started on first day of this month. With in 10 days of shoot the film's crucial scenes were shot in and around Pondy. The team is heading to Thailand after a short break. Sam CS is composing music for this project which is produced by All In Pictures.

Jiiva's recent release Kalakalappu is earning moderate responses. His future movies like Kee, Gorilla and Gypsy are lined up. Gorilla is Jiiva's 29th movie which also has Antony cuts and Yogi Babu's comedy.