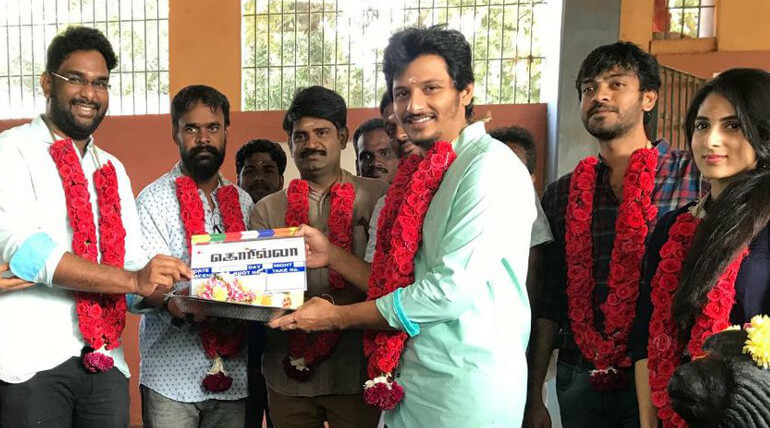 The film is featuring a trained chimpanzee in a key role. It has Vikram Vedha composer Sam CS music and Anthony Ruben cuts. RJ Balaji is playing the important role and the movie marks Jiiva's 29th movie that to be produced by All In Pictures.

The real chimpanzee named Kong is to feature in the Tamil film first time ever. It is trained by Samut training center of Thailand.

Meantime his several of his recent movies did not go well. He came back with horror comedy Sangili Bungili Kadhava Thorae which had been success. He is looking forward for his sci-fi thriller Kee and comedy entertainer Kalakalappu 2.

He is again teaming up with SKBT director Ike for a new project. He had also committed for a project with 'Singam Puli' director Sai Ramani.