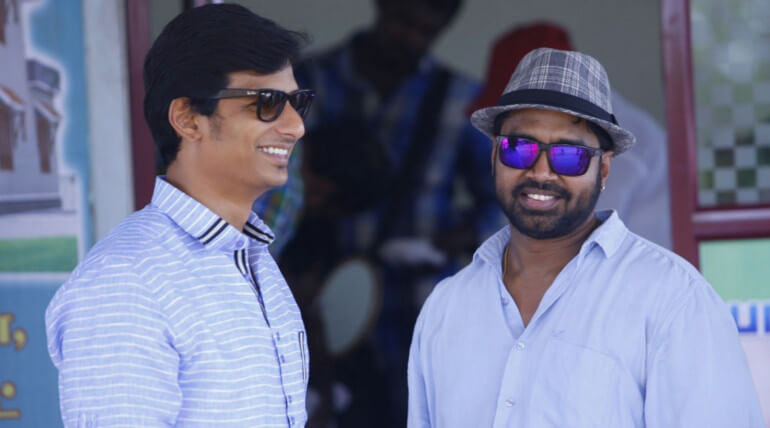 Jiiva is set to team up with Sangili Bunguli Kadava Thorae director Ike again. After the release of SKBT movie last year, JIiva had acted in Kee and Sundar C's Kalakalappu 2 and waiting for release. Both movies are ready for release in upcoming Feb 9th.

This is the first time in Kollywood history lead actors' movies are set for release in the same day. Jiiva and Nikki Galrani have featured in lead roles in both Kee and Kalakalappu 2.

While Kalakalappu 2 is the fun rider that has multiple stars including Jiiva, Jai, SHiva, Nikki Galrani and Catherine Tresa in lead. Sundar C had directed and produced by Khushbu under Avni Cinemax.

The star last release horror comedy SKBT is directed by IKe, grandson of  yesteryear actor late MR Radha and produced by Fox Star Studios and Atlee under his production house 'A for Apple Productions'. The movie was well received by audience and managed to win at box-office.

Now the successful duo is joining hands for a new movie and other details of the film are expected earlier. The movie is expected to commence on floor once Jiiva completes his Gorilla movie with director Don Sandy. He had also signed for 'Singam Puli' director Sai Ramani's new project.


Jiiva To Team Up With SKBT Director Again