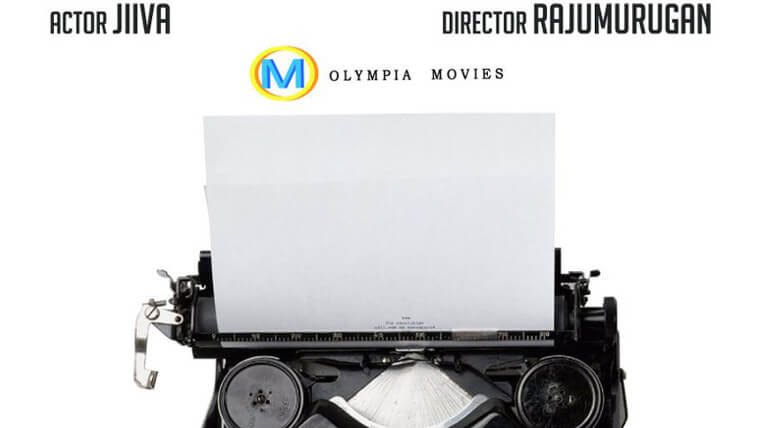 Jiiva's next is confirmed with 'cuckoo' and 'Joker' director Raju Murugan. The title of the film has been unveiled by Jiiva at 12:01 am on the social media page. The movie has been titled as 'Gpysy'. Olympia Movies is producing the film and it looks to be a promising social content.

His social drama Joker was much acclaimed by the audience and it also been box-office hit. Produced by Dream Warrior Pictures the movie earned many accolades and honored in many international film festivals. The movie has received National Award for Best feature Film in Tamil in 2016.

The director seems to be coming again with strong social script. The typewriter picture was released by the team that urges audience curiosity.

Meantime, Jiiva had started heist comedy action Gorilla movie shoot with pooja on Feb 1st. The film will be helmed by 'Mahabalipuram' fame director Don Sandy where Arjun Rddy fame Shalini Pandey romancing Jiiva. The actor is also rumoured to be joining with SKBT director Ike for his next.