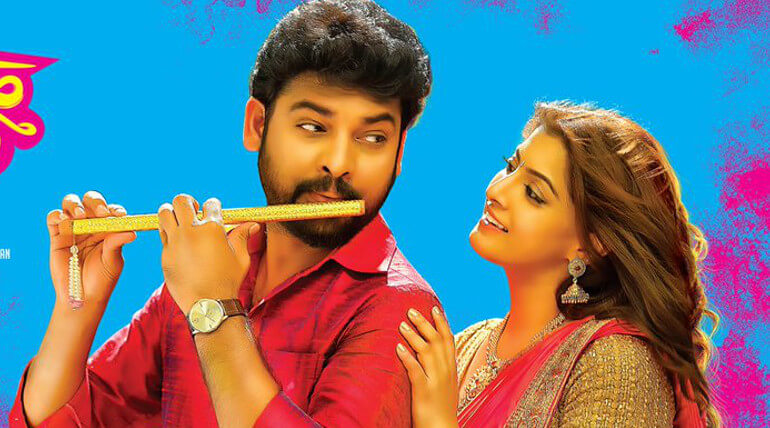 Directed by S Muthukumaran, the movie has Vemal and Varalaxmi in leads while Robo Shankar, Yogi Babu, and Kaali Venkat are in supporting roles.

The movie has veteran actor and director Pandiarajan in pivotal role. Jil Jung Juk composer Vishal Chandrasekar had tuned music for this romantic love drama. The movie is bankrolled by Shameem Ibrahim under the banner King Movie Makers.

The movie is gearing up to hit theatres soon. The movie was earlier titled as Kadhal Mannan and renamed as Kanni Raasi later. The director had earlier planned to direct this script with actor Jiiva but the movie was dropped off. Later with the new producer, the director begun this project with Vemal and Varalaxmi in leads.

Vemal is looking forward for his next release Mannar Vagaiyara with director Boopathy Pandiyan where Prabhu is doing pivotal role and Anandhi in a female lead. Meantime Varalaxmi is working as a part of Mr Chandramouli, Sandakozhi 2, Echcharikkai and others. She is also doing lead roles in films like Shakthi and Kanni Rasi.