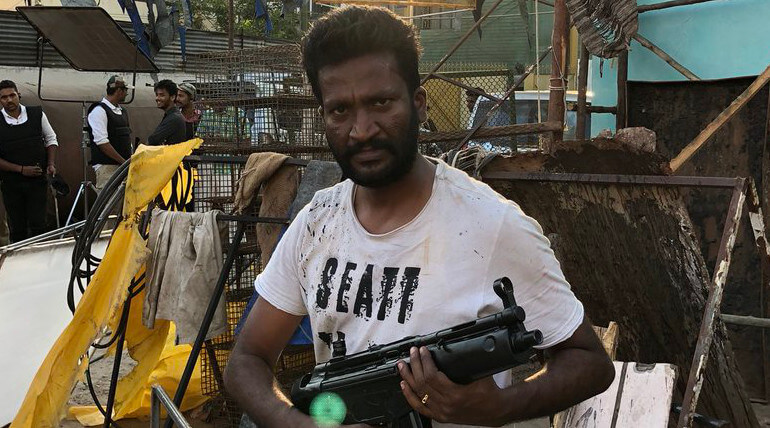 Suseenthiran, Vikranth and Mysskin starring Suttu Pidikka Utharavu is in brisk space. The team is continuously in the shoot for about 10 days which was started at the end of Jan 2018. Director Ram Prakash Rayappa is capturing the visuals with 4 cameras on the spot. Director Suseenthiran turns actor in this film and he gives the updates of the film constantly.

He said the movie is shaping up well and he is happy about being part of the film. 'Maaveeran Kittu' director also stated "Vikranth has the strong role in the film that is suitable to him. The director is rolling the the shoot with 4 cameras continuously for 10 days. I am sure this will be a very quality movie.

I had very interesting experience while working with this child artist Akshitha. She had delivered excellent performance. I am thoroughly enjoying working in this film. As my character will be a terrible villain, children may be frightful about me after watching the film."

The team had shot stunt sequences for the film. Suseenthiran also gave updates and praised about the stunt masters working hard in the set. It is expected director Mysskin will be joining the set soon in the next schedule. Athulya Ravi is playing the female lead in it.