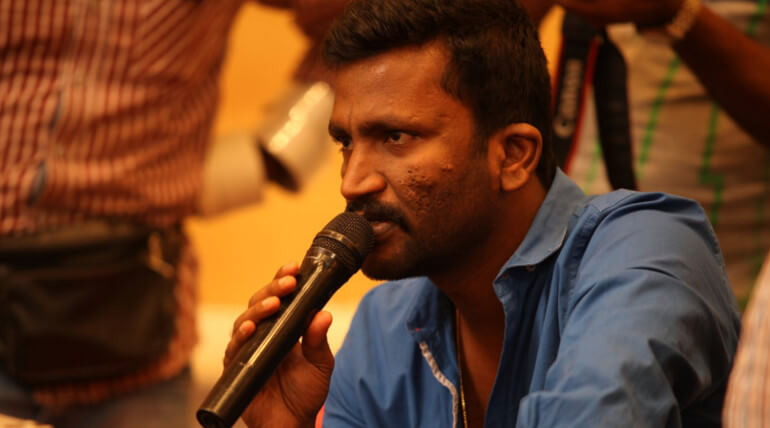 'Nenjil Thunivirundhal' director Suseenthiran is working on his next untitled project after upcoming love romantic movie Angelina. The director confirmed this new project will have new faces in key roles. The movie is about how the current educational system has pressure over the child.

It showcases the person's psychology and struggles over his life who was pressurized by society present educational system. Suseenthiran had scripted the story around that man. He had started the shoot of this movie today. He believes this movie will be an important film in his career.

Suseenthiran had completed Angelina movie and its post production works are under progress. It also has newcomers playing the lead roles alongside actor Soori. Sam CS had tuned music for it, AR Surya taken care of camera, Thiyagu for editing works while it was produced by RD Paneer Selvam.

Director had tagged the information about his new project with hash tag Genius. It is assumed his movie is titled as Genius. We can expect the confirmation of the title in the first look. Director gets wishes from his friends in film industry on the social media page. Hiphop Aadhi, director Pandiraj, Manobala, director Thiru and others had wished the director.