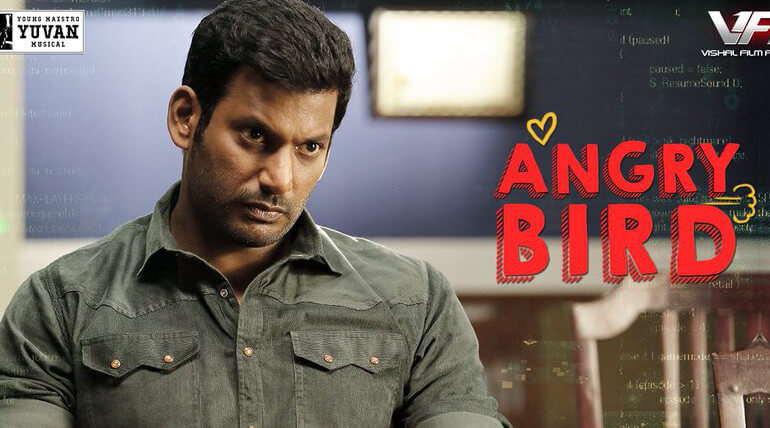 This Valentine's Day is filled with lot of singles and new poster releases from the film industry. It could be a great treat for lovers everywhere. Meantime Irumbu Thirai team also planned to release song promo on this day.

The team is coming up with Yuvan musical and Vignesh Shivan penned Angry Bird video song promo as Valentine's Day special. The movie has pushed back many times. Hope the makers will soon announce a new release date.

PS Mithran directed and Vishal Film Factory produced movie has Samantha Akkineni as lead heroine while Arjun Sarja is essaying antagonist role and Vishal will be seen as the army officer. George C Williams had captured the scenes and Ruben took care of cuts.

The team audio launch had happened in grand way. The songs, teaser and trailer of the film had received well by audiences. The makers are looking for the prompt date to release the movie. The film features Delhi Ganesh, Robo Shankar and Vincent Ashokan in supporting roles.

Samantha is on the top gear after her marriage. Her new Rangasthalam teaser and single was released as a Valentines' Day special. Her next Tamil movie with Sivakarthikeyan, Super Deluxe with Vijay Sethupathi and multi-lingual Mahanati are in fast pace.