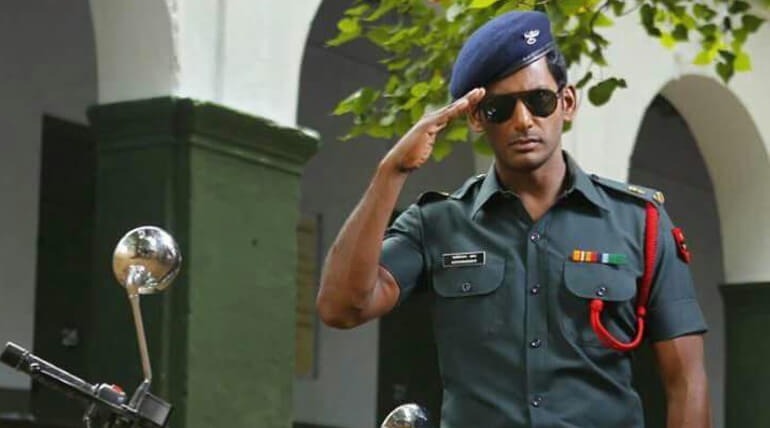 Irumbu Thirai song video promo released today hikes up the curiosity level. Vishal starring as tough army officer in Athiradi song tempts the audience to watch the movie. The newcomer PS Mithran directed and produced by Vishal under the banner Vishal Film Factory, the movie is a techno action thriller where Arjun will be seen as the stylish antagonist.

Samantha Akkineni is pairing with Vishal in this film. The film was earlier slated as Jan 26th release but it could not make it due to various reasons. The new releasing date is yet to be announced by makers.

This is a long awaited film of the director PS Mithran. He had started the film much before 4 years and this project decides his future. The director in a meeting told this project had seen Vishal's 3 elections.

The glimpse of trailer and song assures Vishal in different angle and could be a treat for his fans. Vishal looks fit and smart in the army uniform.