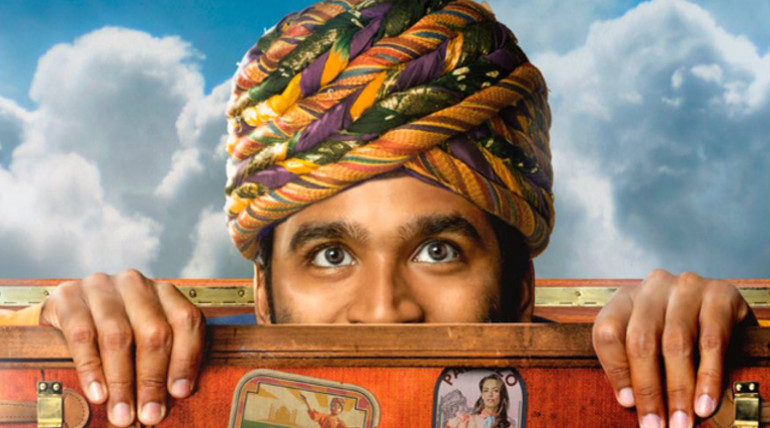 Dhanush Hollywood film 'The Extra Ordinary Journey Of The Fakir' is set to release on March 30th worldwide. The team had released new colourful poster showing the hidden Dhanush in the box. The naughty blue eyes of Fakir with colourful turban are eye-catching.

The joyful trailer of the French version was released by the team. The movie is based on the famous ''The Extraordinary Journey of the Fakir Who Got Trapped in an Ikea Wardrobe' book written by Romain Puertolas.

It is touted to be an comedy adventurous movie directed by Ken scott that also features Bérénice Bejo as Marie Riverie, Barkhad Abdi as Assefa, Erin Moriarty, Abel Jafri and Gérard Jugnot as Gustave Palourde in pivotal roles.

Dhanush will be seen as a magician who tricks in his native Rajasthan soon goes to Paris. There he meets a woman and experiences adventures across the world. The film was canned in different countries India, Italy, France, England and Libye.

Dhanush is currently busy with Maari 2 and getting ready for his next directorial venture. His fans are awaiting for Gautham Moenon directed Enai Noki Paayum Thota movie release.