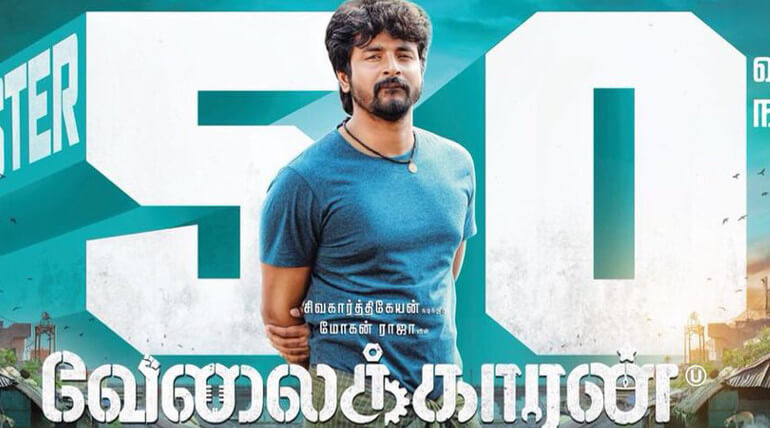 They revealed this is Sivakarthikeyan's career best box-office collection in all territories including Tamil Nadu, Kerala, Karnataka, North India and overseas market.

24AM Studios tweeted "Our blockbuster #Velaikkaran marks its 50th day today  Thank you @jayam_mohanraja for this Proud Velaikkaran which carries a strong social message! Thank you Cast, Crew and All the 24crafts workers for your hardwork and support âœŒï¸#velaikkaran50thday"

It is RD Raja's 2nd production venture with Sivakartikeyan after the maiden project Remo which was also a block buster. The team is working for another untitled project with director Ponram, Soori and Samantha for a rural entertainer.

24 AM Studios and Sivakarthikeyan is set to unite again for the 4th film for a sci-fi thriller with director 'Indru Nettru Naalai' director Ravikumar. The makers had planned this film in a larger scale. A big level casts and technicians can be expected for this project.

Coming to Velaikkaran, the movie directed by Mohanraja had a strong social content that received applause and appreciation from everyone. Anirudh music had been greatest strength of the film.