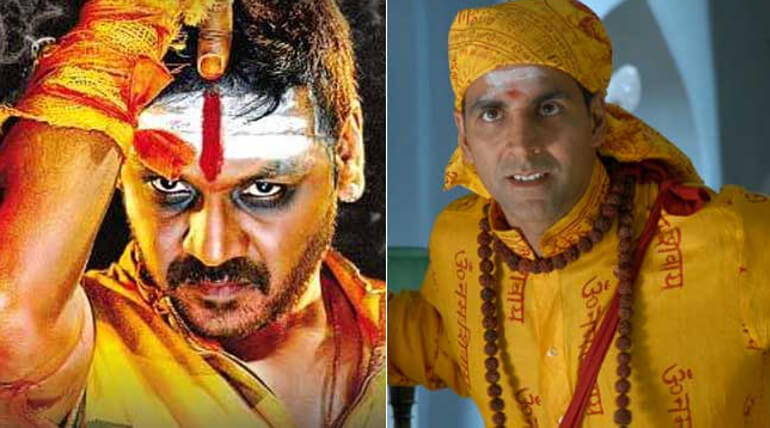 Akshay Kumar, one of the top stars in Bollywood is about to make a lead role in block buster horror comedy Kanchana 2 Hindi remake. The versatile actor planned to do mass masala movie in between social oriented and serious concept movies like PadMan, Airlift and Toilet.

The 'Khiladi' star is waiting for R Balki directed PadMan movie to hit theatres on Feb 9. He is also waiting for his Tamil debut with Shankar's Magnum opus, Lyca's mega budget sci-fi thriller 2 Point 0 which is schedule as summer 2019 release.

According to the reports, Prerna Arora and Arjun Kapoor of KriArj Entertainment are producing the movie and it is said Raghava Lawrence is directing this Hindi remake of Kanchana 2. The shooting seems to be planned later half of this year. The official announcement regarding this is awaited.

Lawrence had announced his next movie Kaala Bairavaa who is presently busy shooting of Kanchana 3 / Muni 4.


Akshay Kumar To Do Lead Role In Kanchana 2 Hindi Remake