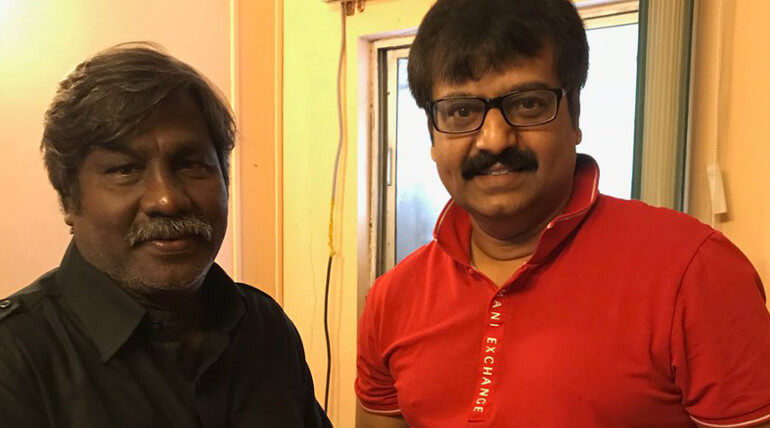 Director Gopi Nainar debut Aramm movie had gained popularity for his smashing screenplay and content. He started his twitter page saying "I was excited by starting this twitter account with 'Aramm' word which gave my identity."

Several celebrities including Rajinikanth, AL Vijay, Vignesh Shivan, Sivakarthikeyan and others praised the director and the film. Actor Vivek invited him at his office and gifted photo of his most favourite Swamy Vivekanandhar to him. He also shared "Aram Dir Gopi came to my office on my request. unassuming person! I wished him good luck! Patience n perseverance win"

Aramm had received immense responses and also critical acclaimed. Nayanthara again proved her skill in this project and also supported the film's promotion. The movie has the social issue that we come across in papers which was not a new story. But his screenplay and script took the film to another level.

Director Pa Ranjith also lauded the film recently. He had tweeted "Happy that Aramm has won. Teach and protest together. Thanks and congratulations to the director, film unit and thozhar Nayanthara."

He was trolled by the audience for not mentioning Gopi Nainar in his tweet. Earlier claimed Ranjith's Madras is the lifted from Gopi's Karuppar Nagaram. The producer of this film had alleged that Madras story is lifted from Gopi's writings.

But Gopi Nainar stated not to troll Ranjith, He said "I issued a statement asking people, including my well-wishers, not to write about Ranjith and me. Whatever has happened has happened and I don't want to hurt anyone."