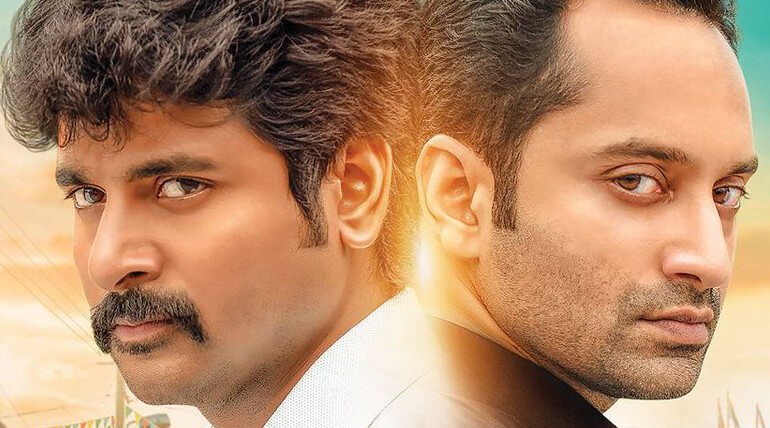 Director Mohanraja gets the big salute for presenting a content driven film without compromising with commercial elements. The social content of the director was focussed to the core surrounded with entertaining factors. There is no doubt an entertaining hero had delivered his best as an actor in this film. The team should be appreciated for creating the big commercial movie based on social concept. Gudos to the producer RD Raja of 24AM Studios for believing the original script of the 'Thani Oruvan' director.

The rising star Sivakarthikeyan as Arivu rendered his skilful performance in several occasions. The story is about the guy in rural area who wants to change the mindset of his own 'Kolagara pettai Kuppam'. He wants to change the track of the youngsters of his area who are involved in violence and murdering for money. He wants to take them out of ruthless gangster Kasi. He starts FM to spread the truth about the Kasi but it was closed in short by the gangster.

Our hero Arivu joins multinational food company for his livelihood. He works under marketing manager Adhi (Fahadh Faasil). He learns marketing strategies from his head. The ingredients of his product made him shock in some critical situation. How the hero tackles it with the help of his co-workers is the essence of the story.

Siva is seen in different space and his performance amazed the audience. Fahahdh Faasil as an antagonist rocks in it. Director had chosen perfect casts for all the characters and most important character is Kasturi (Sneha) who comes in 2nd half. Director had sketched each character with lots of care right from Sathish to Ramdoss and Thambi Ramaih to RJ Balaji.

Nayanthara had delivered what is needed for her character. She is not seen as a glam doll with duets and romance scenes with Sivakarthikeyan. Songs are placed at the rights place and did not have excess of songs. It travels along with the situations. Anirudh Ravichander rocked for Siva again. His BGM does not exceed its limit and adds strengths for the story.

It is a must watch movie that made us to think what we are doing. It provokes our thoughts in working place and also reveals about the facts about FMG products.