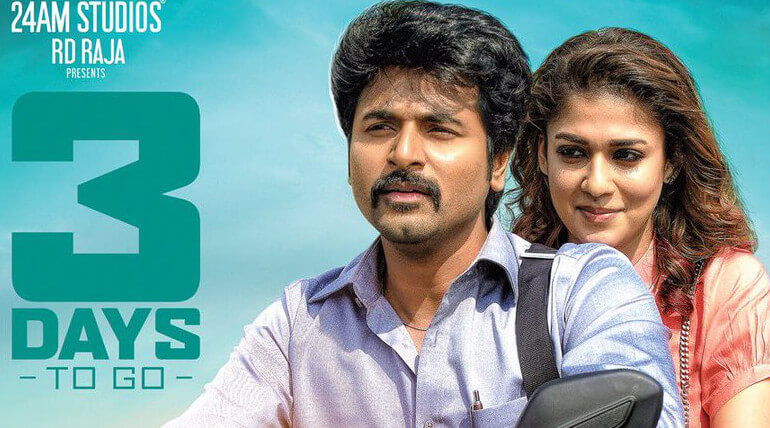 Sivakarthikeyan starring Velaikkaran promo was released by the team. The movie is all set to hit theatres in 3 days on Dec 22nd worldwide as the Christmas feast for the fans. Produced by RD Raja of 24 AM Studios and helmed by Mohanraja the movie has Nayanthara in female lead and Fahadh Faasil as antagonist.

The movie's songs tuned by rockstar Anirudh Ravichander had received very well among audience and it is being celebrated by their fans. The movie also has veteran star casts including Prakash Raj, Sneha, Thambi Ramaiah and others. Vijay Vasanth, RJ Balaji, Sathish, Robo Shankar are part of the film.

The trailer raised the curiosity level to sneak peek and music has been the crowd puller. The team is still involved in promo activities like press meet and video promo, etc. Not the team had released new promo video.