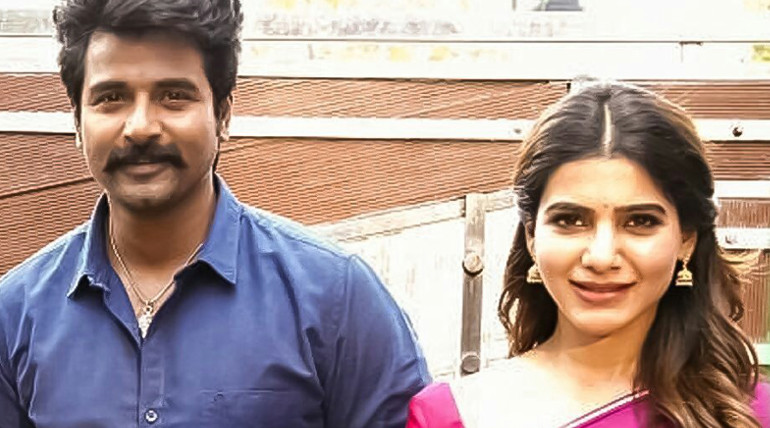 Seema Raja Title For Sivakarthikeyan next

Sivakarthikeyan - Samantha movie that is being helmed by VVS and Rajinimurugan director Ponram is likely to be titled as Seema Raja. The official announcement regarding this is highly anticipated soon. This comedy entertainer has Soori in an important role.

The film was recently canned at Thirunelveli district in and around Theni. Samantha Akkineni after her marriage is busy with number of future projects including this. Samantha's typical village girl look had surfaced on the net.

The first look of this untitled flick will be unveiled on 17th February next year. The production house 24 AM Studios had announced this on their twitter handle.  Simran, Napoleon, Lal, Motta Rajendran, Yogi Babu, Manobala and others are part of the film. Imman is scoring music for his rom com that is planned for summer release next year.