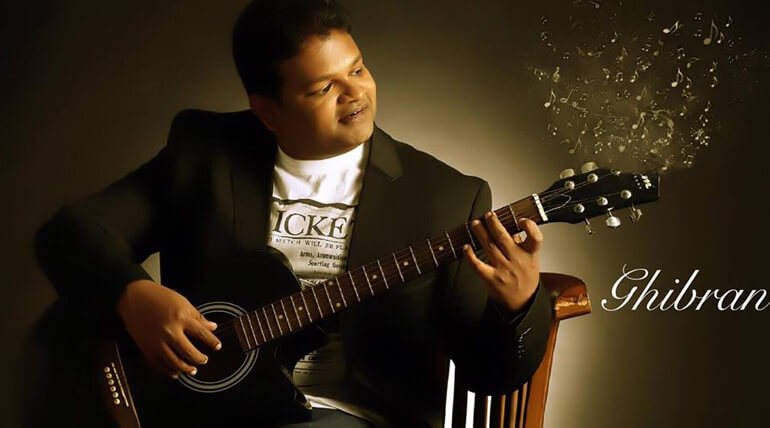 Musician Ghibran Asks People how to market yourself

The recent releases Aramm, Theeran Aadhigaaram Ondru background score attracted audience and music lovers. Tuned by Papanasam composer Ghibran these movies music lauded to be merged with the story and screenplay. The critics also praised the musician for his effort. Meantime the composer took his twitter handle saying he is being asked from the people "to promote myself & also keep hearing I am underrated".

Ghibran shared "I have a question:Hw do u market yourself?? Is it necessary??Just Curious!!Been receiving a lot of calls post #Aramm #TheeranAdhigaaramOndru success , frm people who asks me to promote myself&also keep hearing I am underrated ðŸ˜œIsnt it called boasting ? Wanted to hear from u!"

Meanwhile the composer had received extraordinary responses for his previous movie Jyothika starer 'Magalir Mattum'. He is working for Kamal Haasan's Vishwaroopam 2.

He thanked the people appreciating his works for Aramm and Theeran. Aramm has no songs and he had accepted it because of the concept and the different music it needed. He was happy to collaborate with these types of projects. 'Vaagai Sooda Vaa' was the maiden feature film and had given a break in his career. Uttama Villain, Adhe Kangal, Thoongaavanam, Kutti Puli, Run Raja Run, Thirumanam Ennum Nikkah are other notable films he worked.