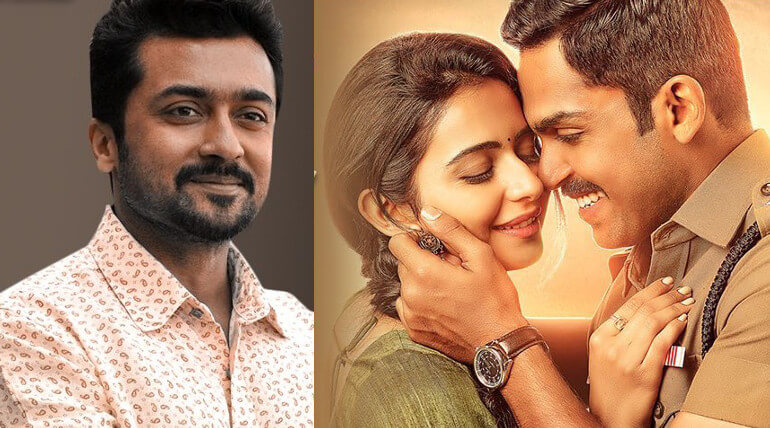 Karthi's cop action flick 'Theeran Adhigaaram Ondru' had released in more than 1000+ theatres worldwide today. Directed by Sathuranga Vettai fame Vinoth and produced by SR Prabhu of Dream Warrior Pictures the movie is touted to be based on real incidents of the police mission that happened in between 1995 - 2005.

Now Suriya revealed the operation name, it is "Operation Bawaria". This operation was launched against the criminals in Jan 2005 after the murder of AIADMK MLA Sudarsanam. Tamil Nadu police planned this operation lead by Inspector -General of Police SR Jangid to to arrest two members of deadly Bawaria criminal tribes in Uttar Pradesh. They worked closed with UP police to get those criminals.

Suriya shared "A raw n bold Hidden truth coming alive in a film with such an impactful and realistic approach! Kudos to Jangid sir n 200 team members for 11 plus years of selfless service in this case. Thank you Vinod, Karthi n Dream warrior pictures for picking this story to showcase yet another brave side of the Police!"