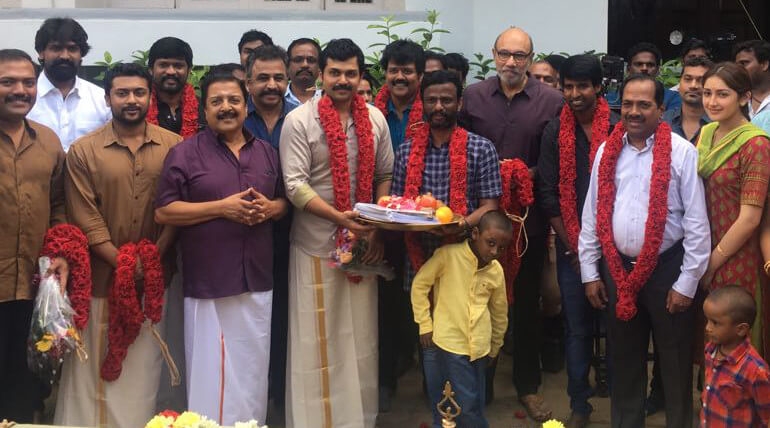 Pasanga director Pandiraj started his next movie with Karthi with pooja today that to be produced under Suriya’s 2D Entertainment associated with Pasanga Productions. The pooja was held today where Suriya, Sivakumar, Sathyaraj, Sayyessha and other attended.

It seems the team had roped veteran actor Sathyaraj in key role while Soori, Sayyessha, Sriman, Ponvannan and others are part of it. The official updates regarding casts and crew are expected earlier.

Karthi will be seen as a cop in his next Theeran Adhigaaram Ondru that is set to hit theatres on Nov 17 which was produced by Dream Warrior Pictures.