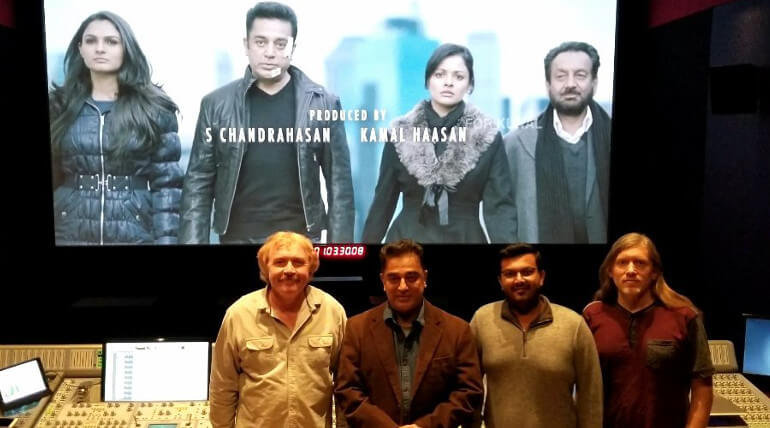 Kamal Haasan who was active tweeting about the social issues is currently busy with the tight schedule of the much awaited Vishwaroopam 2. The movie is expected as Jan 26th release or on earlier February 2018. The official confirmation of release date is awaited.

The veteran actor had earlier shared he was in US for the final remix and technical touches for the movie. Now the actor is happy about the outcome of the film and he thanked the techie team members. He said the film sounds great and he expressed gratitude to Marty, I, Kunal and Chris for making it happen. He also shared the picture fof his team at the back drop of the Vishwaroopam 2 screened.

Kamal Haasan tweeted "VR 2 looking great sounding great. Thanks to all techies who are making it possible. (From L to R) In picture Marty, I, Kunal and Chris. The screen has my late brother's name as the producer. Would have sent him this pic. first had he been around."

The movie has Andrea Jerimah, Pooja Kumar, Rahul Bose and Shekhar Kapur in main roles. Ghibran had scored music and it marks his 4th collaboration with Ulaganayagan after Uttama Villain, Papanasam and Thoogavanam. 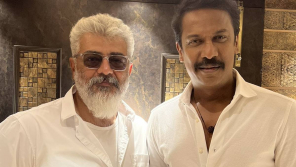 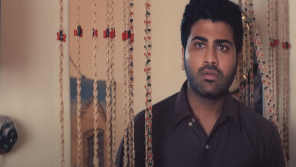 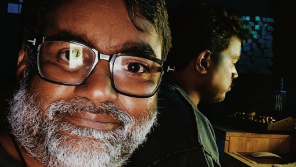 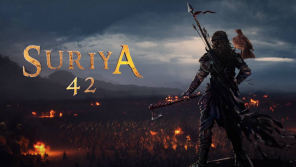