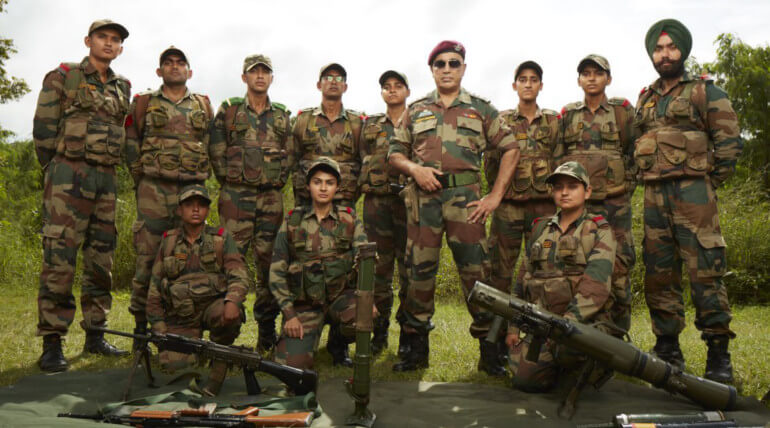 Ulaganayagan Kamal Haasan who is back for Vishwaroopam 2 shoot had posted the new still with his team on the social media page. The film's final stage of shoot is progressing in Chennai. Both Hindi Vishwaroop 2 and Tamil Vishwaroopam 2 is being shot simultaneously. Most of the portions are canned earlier during Vishwaroopam first part itself.

The team is gearing up to release the movie during Republic Day. The troop of army is posing for the still including Kamal Haasan and Andrea. The shoot was carried out in Officers Training Academy (OTA), Chennai, the only Academy that trains Lady officers in India. Kamal Haasan salutes all ladies including India.

He tweeted "Shooting for Vishwaroopam 2 and Hindi Vishwaroop 2. Last stint. Exciting. OTA CHENNAI makes the nation & me proud. The only Academy that trains Lady officers in India. I Salute the ladies and especially my most favourite lady ..India. Maa tuje Salaam."

The movie has Ghibran music and produced by by Raaj Kamal International Films. Pooja Kumar, Rahul Bose and Andrea Jeremiah are in key roles.