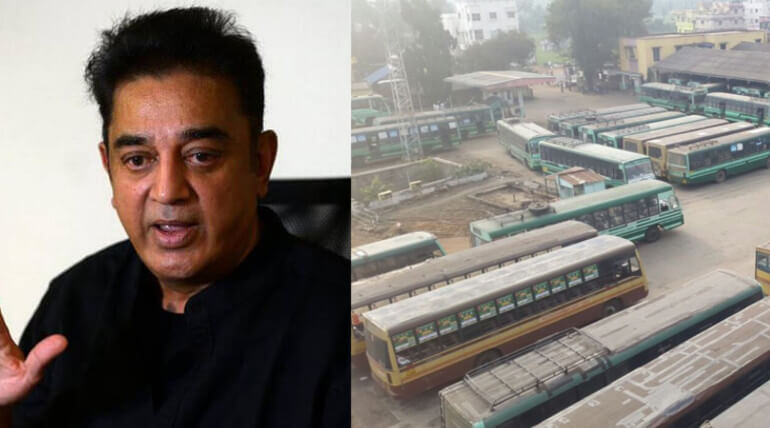 Tamil Nadu Transport Union workers are involved in indefinite strike from last evening demanding salary hike up to 2.57 percent. Government is ready to give them hike of 2.44 percent and Transport Minister Vijayabaskar said government will face up to 84 crore extra expenses if their demand is agreed. He also added some Unions have accepted the government norms on salary hike.

Meantime the school and college students, office goers are suffering in various cities of the state. About 15,000 buses are off the roads in the state. Transport Unions requested government to take this as a serious issue and solve it immediately. People in Chennai, Kancheepuram, Coimbatore, Theni, Erode, Vedharanyam and other places are witnessing the transport strike.

The veteran actor Kamal Haasan who is active in twitter and social issues requested Tamil Nadu Chief Minister to negotiate with the transport workers and clear out the public's sufferings and workers reasonable demands. This could be true and valuable Pongal gift to the people says the actor.

People lashes the government for its action saying "MLAs salaries are hiked by 100 percent without any discussion but other employees and people in the state should cry for reasonable 20 percent of salary hike."