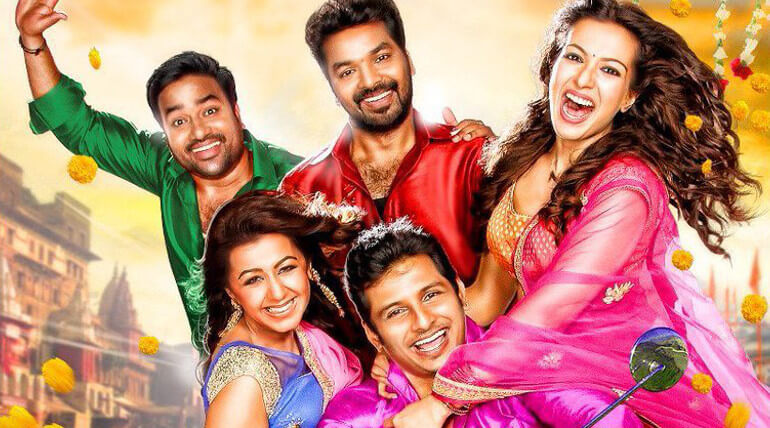 Sundar C helming Kalakalappu 2 is all set to hit theatres as a Pongal feast for their fans. It is confirmed as Pongal release and to clash with 2 other big movies Suriya's Thaana Serndha Koottam and Vikram's Sketch. Prabhudeva and Hansika starrer Gulebagavali is also confident of a Pongal 2018 release. The satellite and theatrical rights were already sold. Sun TV had bagged Gulebagavali's satellite rights.

Kalakalappu 2 team had completed the shoot last week and started dubbing session at the same week end. The movie was wrapped up exactly in 2 months. It was reported they had done hard work to finish up the project quickly.

Sundar C's fun ride is expected to give tough competition for Vignesh Shivan directed Thaana Serndha Koottam and Vikram's action thriller Sketch. The movie has star casts including Jiiva, Jai, Shiva, Nikki Galrani and Catherine Tresa. It is produced by Kushboo under Avni Cinemax and has Hiphop Tamizha music.