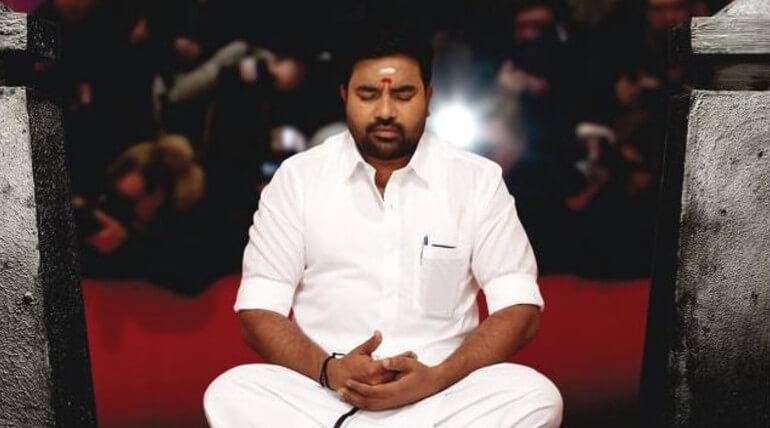 Shiva starring Tamizh Padam 2 Point 0 first look poster was revealed yesterday on behalf of the actor's birthday. The launching riot's new poster shows Shiva is meditating in front of some memorial amid. It seems to reflect today's deputy chief minister O Panneerselvam meditated at the Jayalalithaa’s memorial at Marina Beach after he was forced to resign from his CM post.

On the back drop of the poster press clicks pictures and are taking video of the actor meditating. CS Amudhan, who directed first part is also making the sequel. The shoot will be started on Monday. Produced by Y Not Studios, Tamizh Padam 2.0 is slated on 25th May 2018 while it will be released on 26th May 2018 on their official piracy partner Tamil Rockers website.