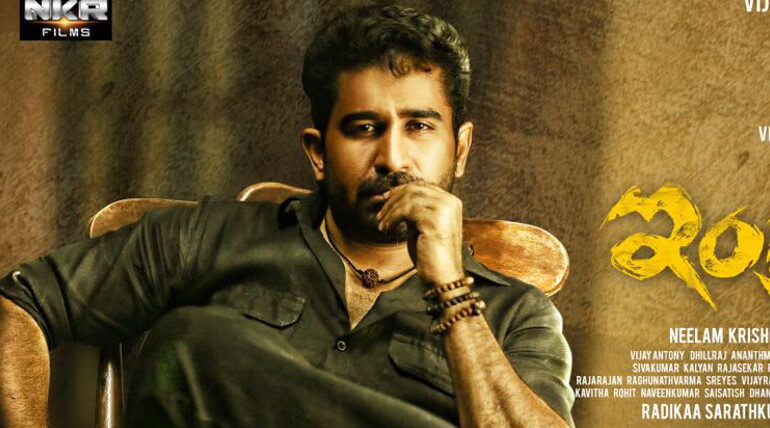 Vijay Antony calls everyone to attend his upcoming movie Indrasena audio release that is set to happen today at 6 pm in Cinemax Hyderabad. The controversial GST song from the film will be released shortly by actor Ravi Teja.

Produced by Radhika's R Studios and Vijay Antony Film Corporation the film is ready to hit theatres on Nov 30th. It is releasing in Tamil as Annadurai. In Tamil version, the GST word has been changed as EMI that was recommended by censor board members. They had rejected to have GST in the song. The film's Tamil audio, first 10 minutes of the film and GST song was released yesterday and earned good responses.

Udhayanidhi Stalin, Gnanavel raja, Bhagyaraj and others graced the event. The movie has Diana Champika, Mahima, Jewel Mary are the heroines in this film while Radharavi, Kaali Venkat and others are in supporting roles.