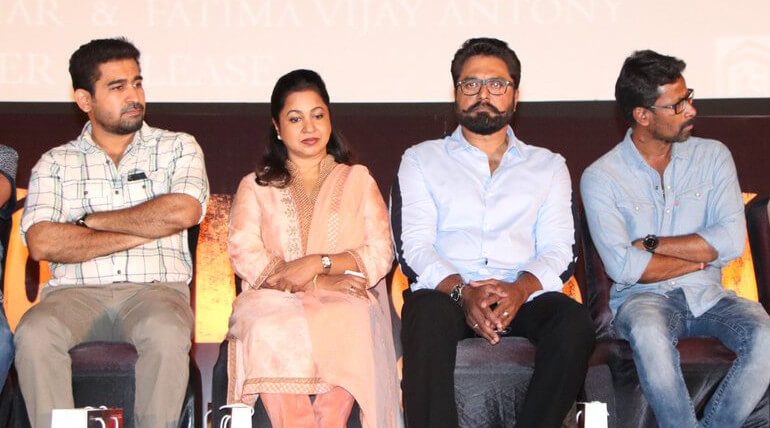 Vijay Antony had worked on the cuts of the film as an editor other than featuring as hero and tuning music for the film. He had worked on teaser and trailer cuts. The movie's audio was launched today morning at the grand event. First 10 mins of the film was screened to the audience. The press was impressed on those scenes and the team is confident on the movie's success. It is said to be powerful and promising.

The sources say the song that started with GST has been changed to EMI as censor board rejected it. Directed by G Srinivasan and produced by Fatima Antony under Vijay Antony Film Corporation associated with Radhika's R Studios. The movie has Diana Champika, Mahima, Jewel Mary, Radharavi and Kaali Venkat in key roles.

Addressing the audio event the producer Gnanavelraj back stabs the actors like Simbu and Vadivelu over the complaints filed by 3 producers including AAA producer S. Michael Rayappan of Global Infotainment and '24m pulikesi' producer Shankar.