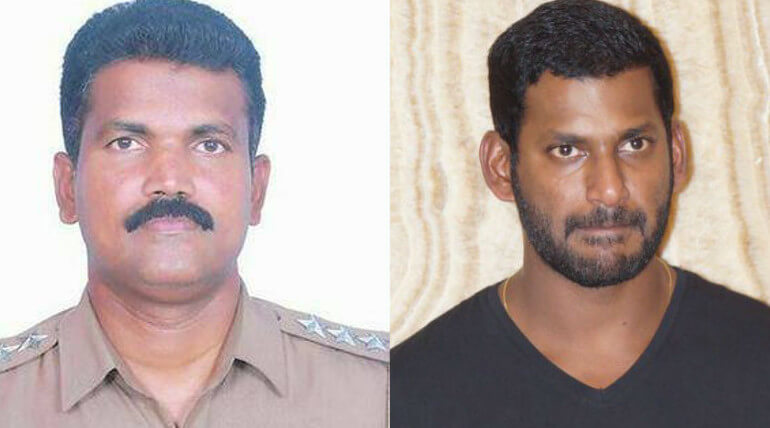 It is reported the accused had gunned down Periyapandiyan by his own pistol in a village in Pali district of Rajasthan. He and his team went to nab the accused in burglary case. Four other police personnel were reported to be injured.

He had donated his 20 cent land for his village children's education. The entire village people are very much emotionally freeze about his sudden death. The police officers are paying respect to him.

Vishal tweeted "Devastated to hear the sad demise of Inspector of Police Periyapandi by a gun shot.He is a real Hero who sacrificed his life 4 protection of People.

I salute him for his bravery.His Loss is unbearable & people involved should be severely punished.Such incidents should not happen"